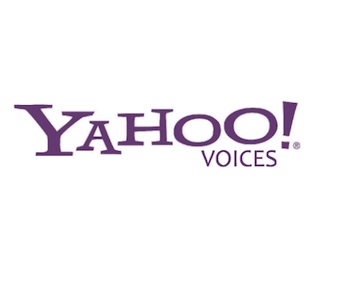 Like many young people the world over, when Kenny Bass graduated high school, he didn’t really know in which direction he wanted to go in life. He took a year off, and then, instead of enrolling into college, decided he needed a little more discipline first, so he went to arguably the best place on planet earth to get it; the U.S. Marine Corp.

Why the Marine Corp. instead of a different branch? “When I began considering the different branches, to me it was an easy choice,” Kenny says. “I had never fared well being considered ‘second best’ at anything, so my natural choice was the Marine Corp. I had scored high enough on the ASVAB test to qualify for any MOS, but I couldn’t see joining the Marines to sit behind a desk, so I chose the infantry.”

Kenny joined the Marines in 2000, at the end of America’s longest post WWII period of peace, and would soon find himself in a combat zone after the terrorist attacks of September 11. He served in Iraq with the Marine infantry, 1st Battalion, 4th Marines, for the first 8 months of the war in 2003. On 20 July 2003, he was wounded during a counter-ambush patrol, when he was hit with an IED.

Kenny has suffered PTSD, hearing loss, and multiple other physical injuries due to his combat service. He was diagnosed with Behcet’s Disease in 2007 which has been linked to the anthrax and smallpox vaccinations he received while in the Marines. The Behcet’s Disease destroys his blood vessels by inflammation, which causes him to suffer severe arthritic joint pain, chronic fatigue, neuropathy, painful sores, migraines, and multiple other debilitating symptoms. With Behcet’s Disease, both arteries and veins are affected, and the disease can be fatal due to ruptured vascular aneurysms or severe neurological complications.

However, once a Marine, always a Marine, and Kenny has not allowed any of these disabilities to hold him down. Now, instead of serving his country in The Corp. and in battle, he serves his fellow disabled veterans through an organization he founded; The Battle Buddy Foundation.

The Battle Buddy Foundation is a nonprofit corp. registered with the Ohio Sec. of State, and their 501(c)3 status is pending. The foundation will offer treatment for Post-Traumatic Stress through individual, group, and marital counseling, and they will have a separate program with a special focus on service dog placement. Their main goals include working to remove the stigma associated with Post Traumatic Stress on a national level, educate the public, and help guide wounded Veterans to the resources they need. You can visit and support Kenny and The Battle Buddy Foundation on Facebook at this link: https://www.facebook.com/battlebuddy

Kenny has formed a relationship with his personal service dog Atlas, and through Atlas’ help, Kenny and his wife and their two young children have been given their lives back. It is this gift of a second chance of a quality life after combat that Kenny hopes to give others through The Battle Buddy Foundation, and by pairing other veterans with service dogs.

How does a service dog help a Veteran who struggles with Post-Traumatic Stress? Atlas is trained to assist in bringing Kenny out of flashbacks and to help keep him grounded in reality. Atlas wakes Kenny up when he is having nightmares. Atlas is especially helpful when Kenny is in public or ‘high stress’ situations, where Kenny has a tendency to get overwhelmed or angry, by creating a buffer for him in crowds and allowing him to feel more secure. Most importantly, Atlas breaks Kenny’s tendencies toward isolation and gives him the support and motivation he needs to tackle obstacles that were formerly perceived, by Kenny, as unobtainable.

Though the Veterans Affairs Administration will pay for service dogs provided for veterans who have vision, hearing, or mobility impairments they have decided not to provide funding for service dogs to veterans with Post-traumatic Stress. Kenny feels this is unfortunate. “I believe that there is more than enough evidence showing the benefits of service dogs to veterans suffering from Post-traumatic Stress,” he says. “I also feel it is a matter of time before the VA comes to a similar conclusion AFTER they feel they have had adequate testing. I feel it is a shame that the initial three year program to evaluate the efficacy of service dogs wasn’t handled better, and that the time was wasted. I feel that it is my place to stand and try to facilitate real change, without waiting for the government to do it for me, so in the meantime I will do what they should have already been doing.”

With this attitude Kenny is merely one of many among his generation of veterans who has stepped forward, in spite of his ‘disabilities’ which he views merely as challenges, to provide the services for his fellow veterans that many of them feel the government is falling short in providing. Many groups that treat P.T.S.D. through various means have been founded by veterans, because they simply have gotten tired of un-kept promises by their government, where it seems long waits to be seen, and over medication once being seen, both issues leading to the suicide epidemic among our veterans, are the only actions taken by the very entity that sent them to war. A pat on the back and ‘thanks for your service, but we’re done with you’ when they get back. Kenny and others have not accepted this, and through organizations such as The Battle Buddy Foundation are working toward the solution.

“I feel a sense of duty to my generation, to do everything I can to make sure they aren’t left behind after we make it home,” Kenny says. “I had felt so lost for ten years, ever since getting out of the Marine Corp. I had always felt like I was meant for something greater than just average, meant to do more than just live my own life. I had thought the Marines would supply that in some form or fashion, and it almost did. But 10 years after getting out, 10 years of struggling with the overwhelming anger, the stress, the broken relationships, after fighting through it all, I’ve realized that this walk- this struggle- was for a reason.

“My purpose wasn’t to just be a combat veteran and forever stand on those glory days of combat,” he continues. “It was to build from those experiences, to suffer, struggle and sincerely understand how deep the trenches in life can get. For without those trials, without these scars, I wouldn’t be as qualified to attempt this feat.”

Kenny’s work is certainly cut out for him, and he has big plans, but he’s been working diligently, with the effort only a Marine can muster, and his plans have been coming to fruition. “In the next six months to one year, we should have everything filed and have received our 501(c)3 recognition from the IRS,” he says. “We will begin our service dog training and placement programs. We will begin planning and attending events around the country at speaking engagements, fundraisers, and partner’s events; promoting awareness for both PTSD, Service Dogs, and The Battle Buddy Foundation.

And just when it appeared that Kenny couldn’t be busier, he and his service dog Atlas have been taking part in shooting an upcoming documentary named “Searching for Home; Coming back from War,” a film portraying the struggles of combat veterans from WWII to the present generation of combat veterans and the challenges they face once returning home a changed person from the effects of deployment.

For Kenny, a young man who wanted to live a life of value, joining the Marines and going to war was just one beginning. Coming home from Iraq severely disabled was not the end. It was the real beginning. Kenny Bass now leads a life of value by adding value to the lives of his battle buddies who have come home after him.