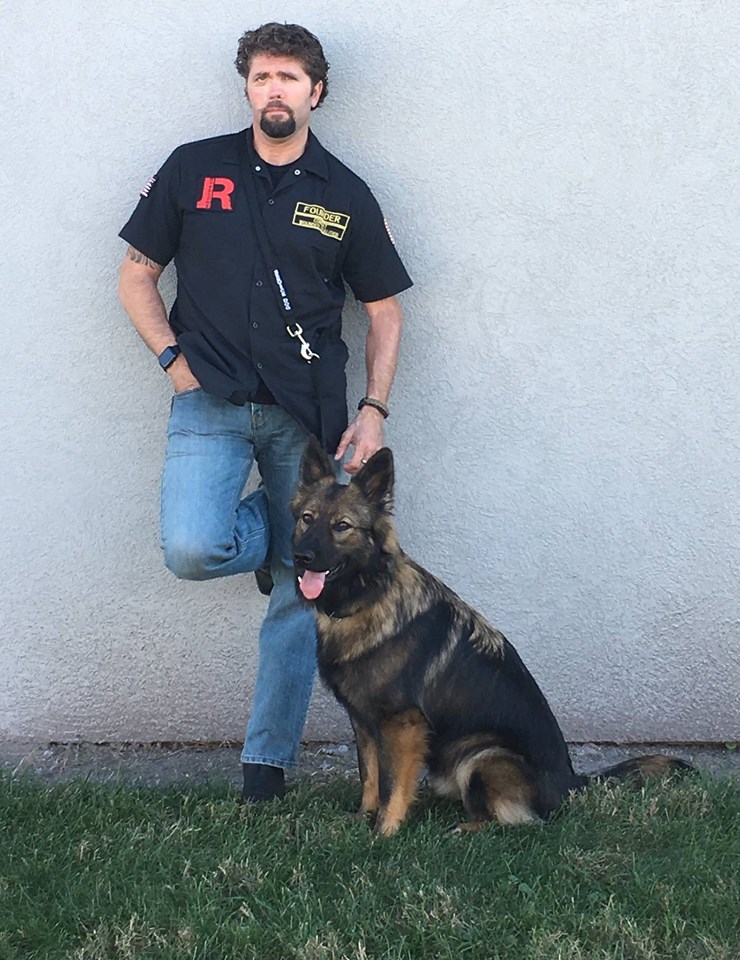 Kharma is the city in Iraq where retired Navy SEAL Jason Redman was catastrophically wounded. Kharma is also the name of Jason’s new battle buddy, a service dog specifically trained through The Battle Buddy Foundation to help Jason mitigate the residual issues from his combat injuries.

This past week Jason and Kharma were reunited in Indianapolis for their final phase of their training before going home together for good. 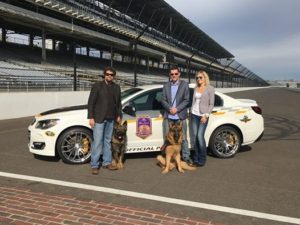 Earlier this year Jason was named the winner of the 2016 Crown Royal “Your Hero’s Name Here” program for the Brickyard 400 at the Indianapolis Motor Speedway.  (Jason was the first winner to choose to have it named after his nonprofit, The Combat Wounded Coalition, instead of himself.) 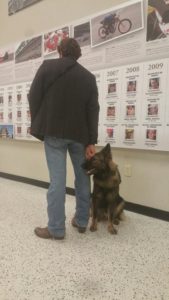 The amazing folks at the Indianapolis Motor Speedway opened up the entire grounds to Jason & Kharma to go through some final handler training together in a public setting, and brush up on their skills as a team. So Jason, Kharma, and trainer, Sarah were able to spend some solid time in the Indianapolis Motor Speedway’s Museum working together to refresh and polish commands.

Jason also took the opportunity to put Kharma to the test, (under the watchful eye and full support of TBBF staff), as Jason had Kharma at his side during a speaking engagement, a book signing and multiple interviews across the city throughout the beginning of the week.  (Jason is usually a pretty busy guy, you can see more of his work here) 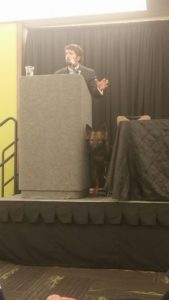 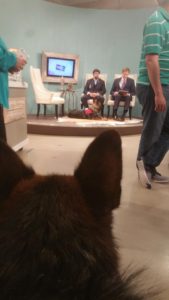 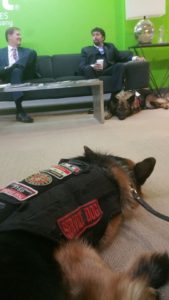 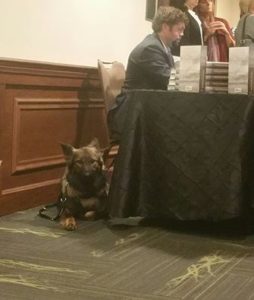 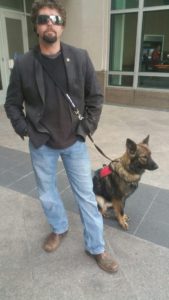 After finishing up their final training phase in Indianapolis, Jason and Kharma were finally headed home to see the family again!!

Congrats to Jason and Kharma as they begin their journey of #GoodKharma together!! 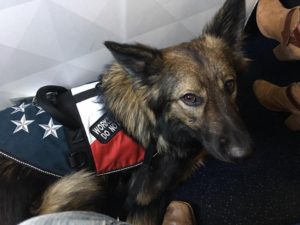