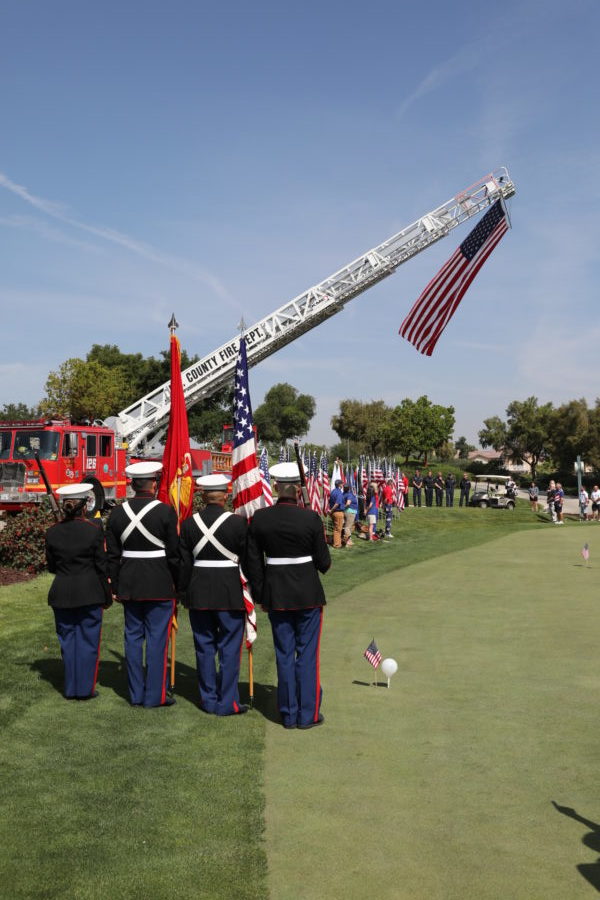 On the 75th anniversary of D-Day, local residents, veterans and a few Santa Clarita Valley canines came together at The Oaks Club for the fourth annual Battle Buddy Golf Classic, a fundraiser to help supply veterans with service dogs.

Along with a day of competitive golf, the 144 tournament participants also enjoyed silent auctions, food, a keynote speaker and other entertaining activities.

“We do this in honor of those who have served for us because the reality is that the veteran community does not always get the support that they need from multiple sources, and we really believe that one person saved is a win and a victory,” event coordinator Cathy Craig said during the event.

The Veterans Administration previously reported an average of 22 veterans will kill themselves every day, and both Craig and Battle Buddy Foundation co-founder Kenny Bass believe that prescription drugs won’t solve the mental health problems faced by the veteran population. However, the pair said the complications could be mitigated by the service of a canine companion.

“Many, many veterans don’t want to go back out into public because they may have issues with noise and anxiety, but the dog gives them an overwhelming sense of security and confidence because they have a battle buddy,” Craig added. “It’s unbelievable what a dog can bring to a normal person’s life, so now think about the huge benefit veterans could have.”

As a former Marine combat veteran who served during the Iraq War, Bass is familiar with the struggles that soldiers often face upon their return.