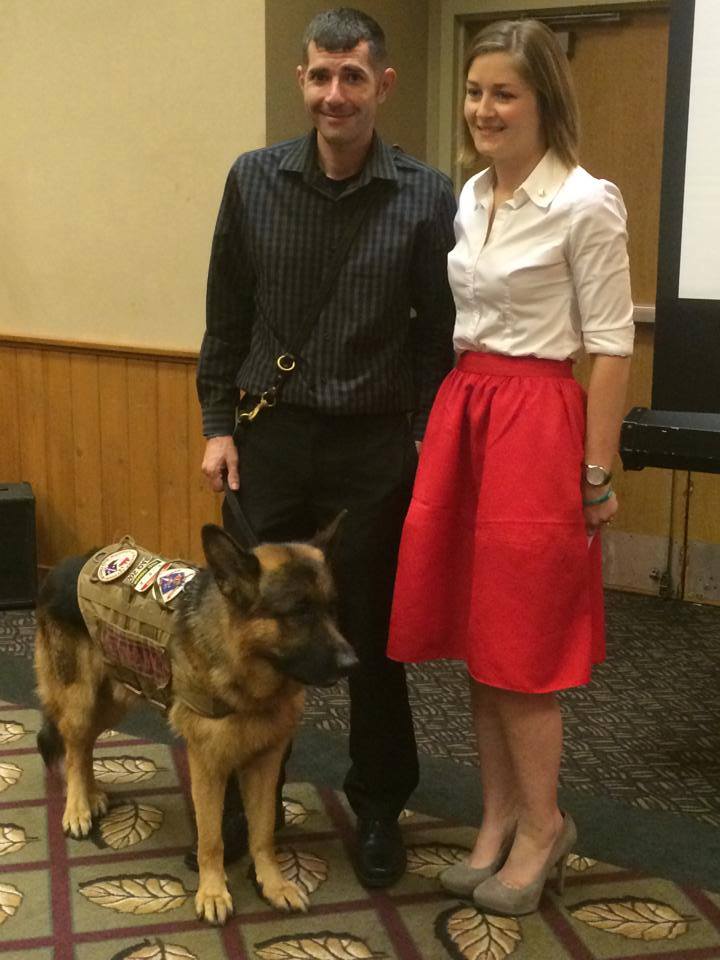 The Battle Buddy Foundation is honored to partner with the American Legion Auxiliary Department of Ohio as the President’s special project for the 2014-2015 year!!

TBBF’s Event Coordinator, Chrissy, and TBBF’s Executive Director, Kenny Bass and SD Atlas the Wonderdog attended the American Legion Auxiliary Department of Ohio’s School of Instruction this past weekend, and Chrissy was the Special Guest Speaker.